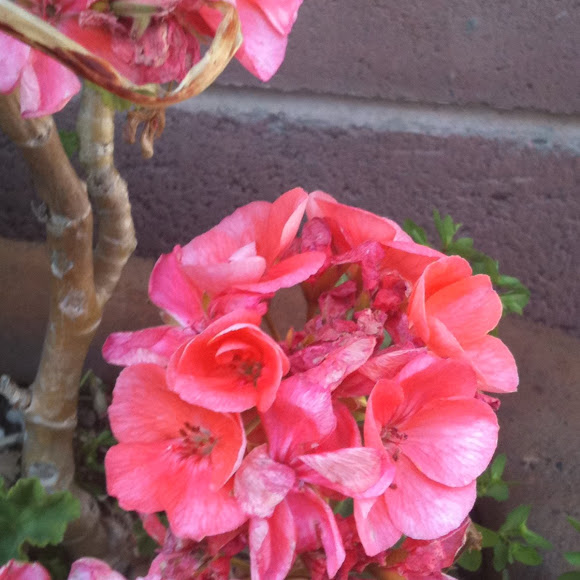 Confusingly, "geranium" is also the common name of members of the genus Pelargonium (commonly known as 'storksbill' in distinction from 'cranesbill'), which are also in the Geraniaceae family. Linnaeus originally included all the species in one genus, Geranium, but they were later separated into two genera by Charles L’Héritier in 1789. Gardeners and the horticultural trade often refer to true geraniums as "hardy geraniums", to distinguish them from the less hardy pelargoniums (generally grown as annuals in temperate climes), and most garden "geranium" (without the 'hardy' appellation) are in fact pelargoniums (storksbill), as opposed to true geraniums (cranesbill). Other former members of the genus are now classified in genus Erodium, including the plants known as filarees in North America.