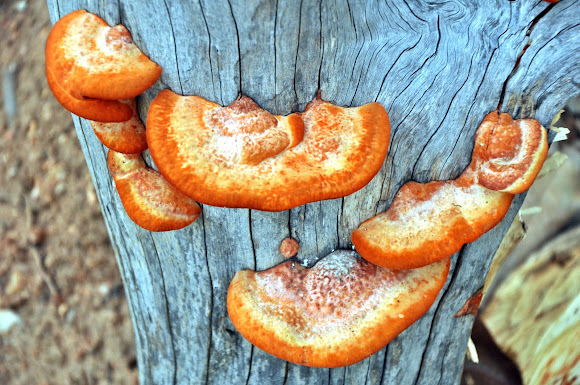 The Basidiomycetes are divided into three subclasses (Holobasidiomycetidae, and Phragmobasidiomycetidae Teliomycetidae), according to the type of basidium producing. The basidia are Holobasidiomycetidae integers, ie, non-septate, often gathered in well-developed fruiting bodies. Almost all the edible fungi known and also many poisonous fungi belong to this subclass. Among the former we can mention the much appreciated mushrooms (Agaricus sp.) and parasol (Macrolepiota procera), among the poisonous species of Amanita and Inocybe patoullardi. Psilocybe mexicana produces the hallucinogens psilocybin and psilocin, used in Indian religious rites. Besides these, the ears of nerve, many of mycorrhizal fungi important fungi and wood, many of which cause enormous economic damage, are among the Holobasidiomycetidae.

The fruiting bodies Phragmobasidiomycetidae are well developed, especially after prolonged periods of rain, when they absorb water and expand.

In general, Basidiomycetes have a well-developed mycelium, formed by septate hyphae, the walls contain chitin. The septa are perforated by dolíporos called in places where the cell wall is thickened barrel-shaped, the center of which there is a hole covered with a layer membrane, the parentosoma.