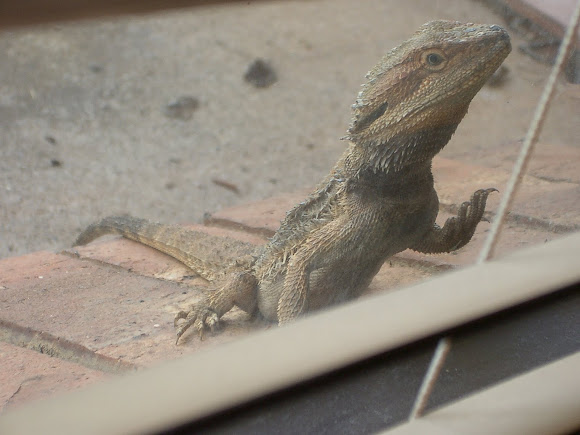 Pogona are a genus of lizards containing seven species, which are often known by the common name bearded dragons. The term "bearded dragon" is most commonly used to describe the Central Bearded Dragon. Members of this genus live in the arid, rocky, semi-desert regions and dry open woodlands of Australia. They are adept climbers, spending time on branches and in bushes, even found on fence posts when living near human habitation. Pogona bask on rocks and exposed branches in the mornings and afternoons. The species are found throughout Australia.

Found scratching at our window! Our suburb is surrounded by a lot of scrub land and bush land.

Thanks for the suggestion. I think you're right! :-)