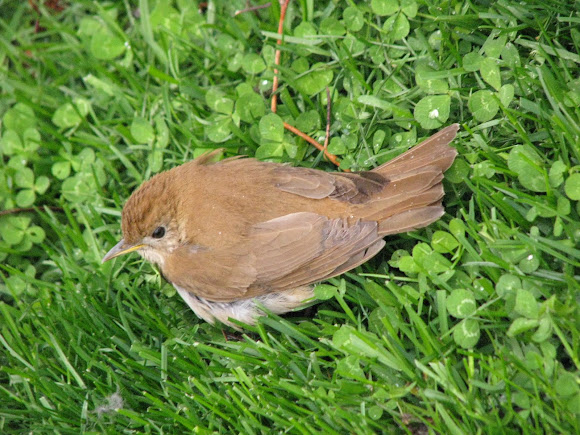 Spotted this bird being moved from a driveway to a nearby lawn by a local who didn't want to run it over. The bird didn't struggle as it was picked up in a towel. Since I didn't see what had happened to it, I waited across the street for awhile to see if it would perk up. Some more experienced and binocular-equipped birders came by (who helped me ID it), and suggested that while it could have been a window strike, the bird could also just have been exhausted from migration. The veery was already looking perkier and just after I took the photos he scurried off to hide under the nearest bush, where we left him to rest on his own.