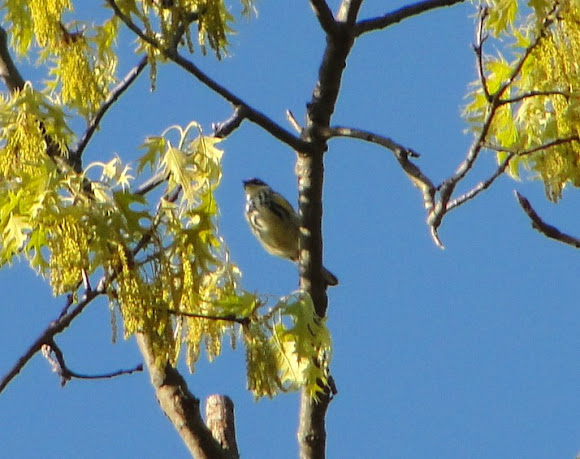 The warbler regularly measures a little less than 15 centimeters. The magnolia warbler can be distinguished by its coloration. The breeding males often have white, gray, and black backs with yellow on the sides; yellow and black-speckled stomachs; white, gray, and black foreheads and beaks; distinct black tails with white stripes on the underside; and defined white patches on their wings, called wing bars. Breeding females usually have the same type of coloration as the males, except that their colors are much duller. This warbler usually eats any type of arthropod, but their main delicacies are caterpillars. The warbler also feeds on different types of beetles, butterflies, spiders, and fruit during their breeding season, while they increase their intake of both fruit and nectar during the winter.These birds also tend to eat parts of the branches of mid-height coniferous trees, such as spruce firs, in their usual breeding habitat.

The warbler often lives in the dense forests of northeastern North America, such as in northern Canada. If in its area of distribution, the Magnolia warbler will most likely be found among the branches of young, densely-packed, coniferous trees. During migration season, the magnolia warbler can also be found living in woodlands.

Either that or a Canada warbler, but it looks more like a magnolia warbler to me.