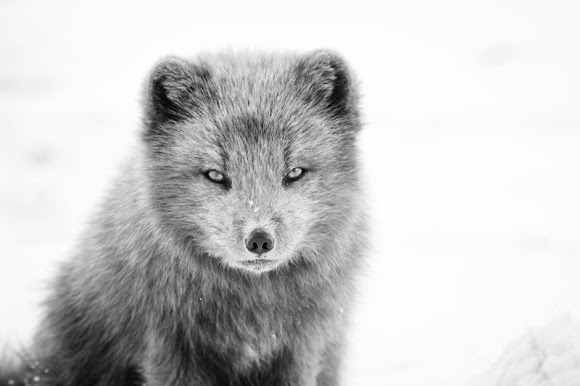 The Arctic Fox is the only native land mammal to Iceland. It came to Iceland at the end of the last ice age, walking over the frozen sea.

The Arctic Fox has a circumpolar range, meaning that it is found throughout the entire Arctic, including the outer edges of Greenland, Russia, Canada, Alaska, and Svalbard, as well as in Subarctic and alpine areas, such as Iceland and mainland alpine Scandinavia.

Photo taken in Hornstrandir nature reserve in the West Fjords of Iceland during a trip with Aurora Arktika (www.aurora-arktika.com). More photos on my Flickr: www.flickr.com/haukurr.

The fox is so cute but it did not let me watch the video but still its so cute!!

I love it it is magnificent

All I can say is wow...WOW! Beautiful pics and fantastic video Haukur. Thank you for sharing :)

Beautiful photos and I love the video!

Oh my, that's beautiful. It's like a little bear!

The headphones boss 9 years ago

Great shots and video!!! So lovely!

Might be a Juvenile or Immature stage. They are very beautiful and live very much tough life.

Beautiful! Is it an adult fox?

and 393 other people favorited this spotting