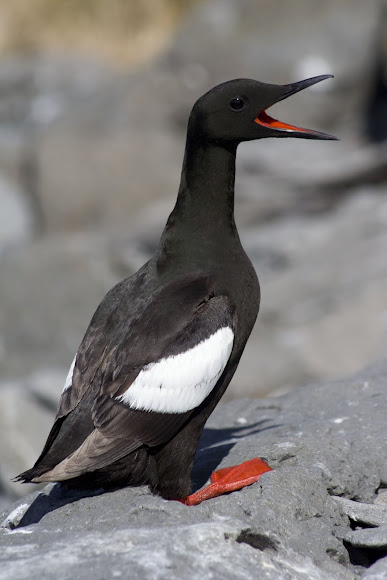 Adult birds have black bodies with a white wing patch, a thin dark bill, and red legs and feet. They show white wing linings in flight. In winter, the upperparts are pale grey and the underparts are white. The wings remain black with the large white patch on the inner wing. They are 32–38 cm in length, and with a 49–58 cm wingspan.

Their breeding habitat is rocky shores, cliffs and islands on northern Atlantic coasts in eastern North America as far south as Maine, and in western Europe as far south as Ireland.

Taken in the island of Vigur in the West Fjords of Iceland on a trip with Borea Adventures (www.boreaadventures.com).

Not necessarily. They can be seen down in Northern Ireland and Scotland also, according to Wikipedia.

Is this specific Arctic bird..?

Would you please put where this was spotted in the upper right hand of this page. Welcome to project noah.