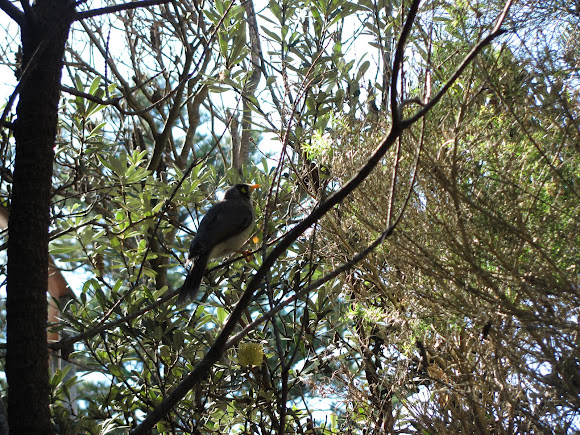 The Noisy miner is a bird native to eastern and south-eastern Australia, being found also in eastern Tasmania. Its diet consists mainly of nectar, fruit and insects. They are territorially minded creatures, which build colonies with each other and display a defensive grouping known as 'coalitions' which behave in a 'mobbing' manner towards predators. They have been known to fight with larger birds such as Kookaburras when defending their territory leading to a decrease in the variety of birds in an area occupied by Noisy miners. The ideal habitat for a Noisy miner is Eucalyptus forest although they are able to nest in other environments with trees and grass,without shrubbery.

Small urban park with a range of trees and grasses.

The Tasmanian subspecies has a brighter yellow patch on the wing and a wider white tip on the tail.