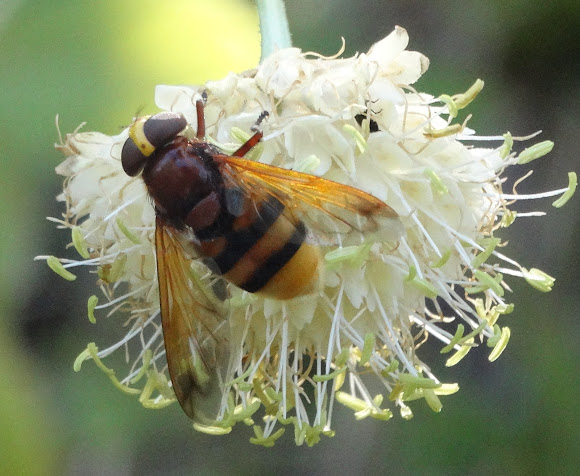 This is a hornet mimic and is one of largest and most spectacular hoverflies which can be recognised by its yellow and black banded abdomen. It is chestnut on tergite 2 and also on the scutellum and much of the thorasic dorsum. The only similar species is V. inanis which lacks the chestnut areas and which has sternite 2 yellow rather than black. (Nature Spot: Recording the Wildlife of Leichestershire and Rutland). Adults visit flowers. The larvae live as commensals in nests of wasps of the genus Vespula. Like all Volucella, the adults are migratory. (Wikipedia)

A hornet mimic hoverfly on a tartarian swanseed in Stavropotamos (Kastoria, Greece).