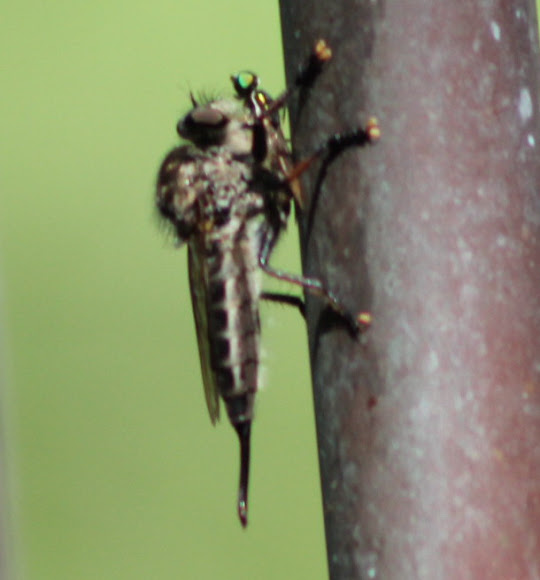 The Asilidae which is most commonly known as the Robber Fly or Assassin Fly, first appeared over 120,000 million years ago. The Asilidae can be found in a variety of habitats however, they favor open scattered vegetation which also serves as a home for many of the insects the Asilidae preys on. Their name reflects their aggressive predatory habit of ambushing their prey and catching their prey in flight/

Asilidae generally occur in habitats that are open, sunny and dry or even arid. They favour open or scattered vegetation, and some species even frequent bare ground. Typical habitats include savannah, forest steppe, open steppe, semi-desert, maquis shrubland, and related shrubland types such as fynbos and chaparral. Their biodiversity is lower in forested ecosystems and, where Asilidae do occur in such environments, they tend to concentrate in the glades and margins. In those conditions the interrupted canopy leaves space for various species of shrubs and herbaceous plants suited to Asilid styles of predation.