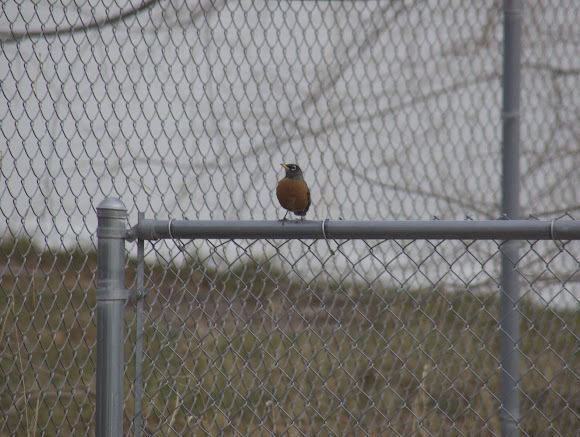 This is an American Robin. It was flying and hopping around when I found it. There were other birds nearby, but it was the only robin that I spotted.

This bird was found in a field behind a church in West Valley City. There were other birds around it when I found it. Sitting on the fence with it were some doves, and nearby were other species of birds. Robins are common birds to find around homes.

Robins are ground foragers, and are usually looking for bugs and worms to eat. They will also eat fruit that they can find. Because it's gotten cold, there aren't many bugs for it to eat, so this robin might have been looking for something else to eat. Robins are often found around where people are, and part of the reason is so that it is easier to locate food, especially when there's less in winter.

Spotted by a stud ent at Thomas Edison Charter School