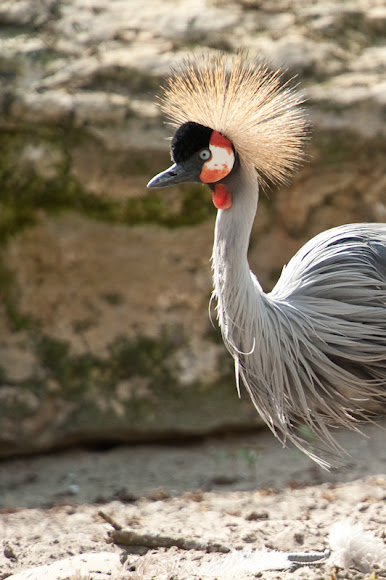 The Grey Crowned Crane (Balearica regulorum) is a bird in the crane family Gruidae. It occurs in dry savannah in Africa south of the Sahara, although it nests in somewhat wetter habitats. This animal does not migrate. There are two subspecies. The East African B. r. gibbericeps (Crested Crane) occurs from eastern Democratic Republic of the Congo through Uganda, of which it is the national bird, and Kenya to eastern South Africa. It has a larger area of bare red facial skin above the white patch than the smaller nominate species, B. r. regulorum (South African Crowned Crane), which breeds from Angola south to South Africa.

A really really cool hat! i might as well barrow it for the up coming July Galway Race Festival!