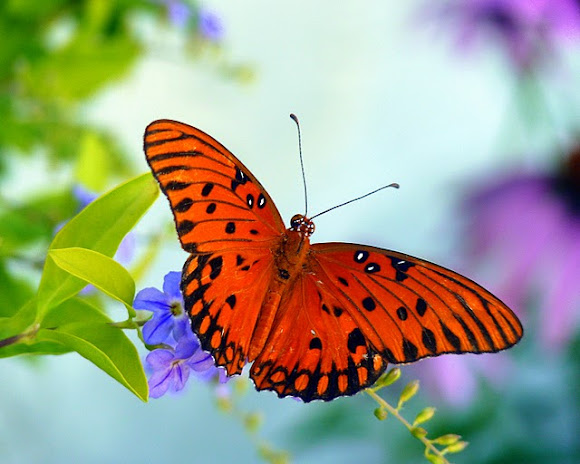 Rather than being related to true fritillaries, this species is actually part of the heliconian subfamily, also known as the longwings. It is sometimes known as a passion butterfly, as its caterpillars use passionvine (Passiflora spp.) as a host plant. Underside of wings has white reflective spots to help with camouflage.

Any area where passionvine grows. Warmer areas of the U.S., including south Florida and Texas where they are found year-round, and south to Central America.

This butterfly is nectaring on Duranta erecta.

ONe of my favs and a great capture to boot

I enhanced the colors slightly, but not much, mostly just to offset the "dulling" tendency of my camera. This happened to be a particularly excellent specimen of butterfly, and the lighting was perfect. Glad you enjoyed it!