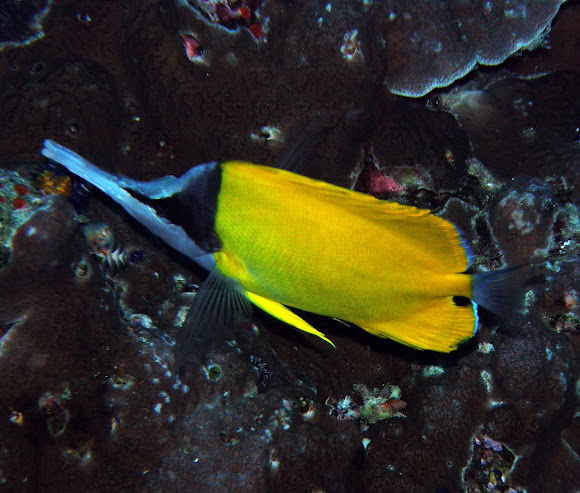 Found on coral reefs throughout the southern and western Pacific Ocean, as well as in portions of the Indian Ocean. It is easily confused with its more common cousin F. flavissimus. Both species may be kept as pets.

While diving :-) Olympus SP550UZ with its camera case and external flash. I have already drown two of these cameras thanks to not adjusting well the camera case, last time a few days ago while diving in Mexico..

How did you take this photo? Love it!