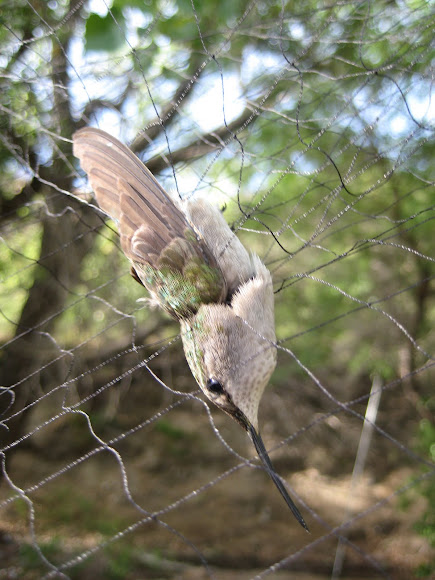 A humming bird unintentionally capture during a bird banding survey in San Andres National Wildlife Refuge. I'll admit this was our most daring capture of the day. The net had tangled around the birds delicate neck and was wrapped rather intricately. On top of that the bird had went into a state of torpor and had begun to lose it's feathers as a result of the stress. Thankfully the researcher we accompanied kept her unblemished record of never having a death while banding.

It definitely seems to lean towards the black-chinned and yes, I can't believe I had the opportunity to join in on such an event, especially given the location.

Thanks a ton for the suggestion