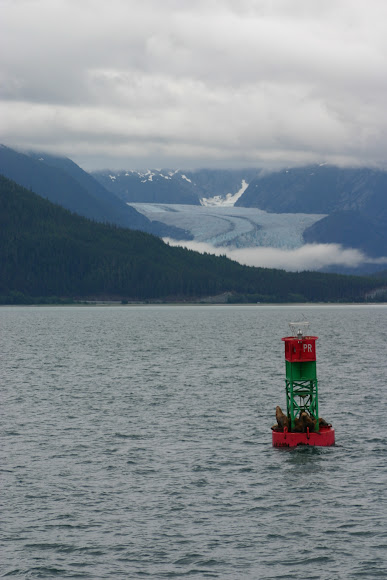 Common seals are brown, tan, or gray, with distinctive V-shaped nostrils. An adult can attain a length of 1.85 meters (6.1 ft) and a mass of 132 kilograms (290 lb). Females outlive males (30–35 years versus 20–25 years). Common seals stick to familiar resting spots or haulout sites, generally rocky areas (although ice, sand and mud may also be used) where they are protected from adverse weather conditions and predation, near a foraging area.

Characterized as showing a strong degree of site fidelity in their choice of resting sites, they may spend several days at sea and travel up to 50 kilometers in search of feeding grounds, and will also swim some distance upstream into freshwater in large rivers. Resting sites may be both rugged, rocky coasts, such as those of the Hebrides or the shorelines of New England, or sandy beaches.[1] They also inhabit sandy intertidal zones;[1] some seals may also enter estuaries in pursuit of their fish prey. Some have even taken to feeding and playing in New York Harbor and Boston Harbor in recent years. The seals frequently choose to congregate in harbors, lending the animals their other common name

Spotted in Lynn canal off of Juneau, AK.