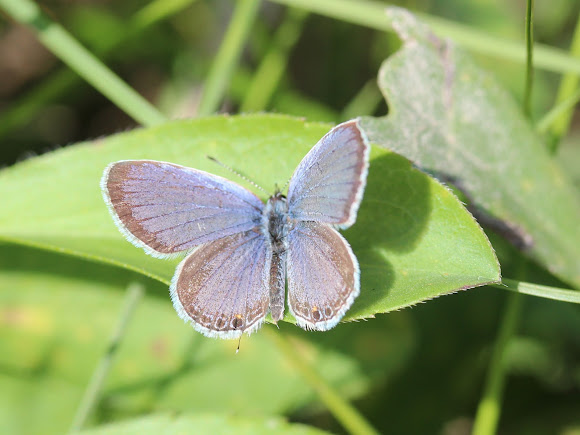 Males are generally blue on the upperside of their wings while females are lighter blue to brown or charcoal in coloring, but there are also varieties of purple and pink found in both sexes. The underside coloration ranges from bluish-white to tan. There are two or three (outermost one often faint) black to orange chevron-shaped spots on the rear of the hind wings and a trailing tail off the innermost of the spots. The butterfly is 21 to 29 mm (0.83 to 1.1 in) wide with wings outstretched and slightly shorter in length.

common across eastern North America, and is found as far south as Central America

I spotted a few of these in an open field at the back of Baden Powell park. I had to chase them around for a while but managed to get shots of them at multiple angles. I couldn't get too close though and some of the closer images have been cropped for a better view.