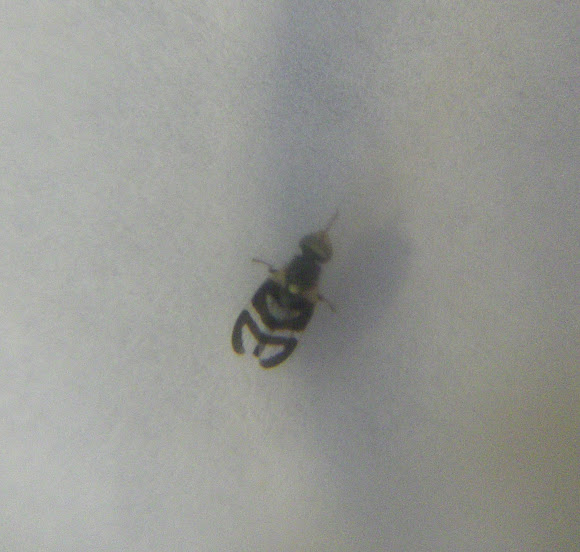 I saw this on my deck table summer of 2010, and until now I didn't think I would ever identify it. So glad to get help from other spotters. It's really cool looking although a little blurry. This photo is magnified. It was very small. Loved the markings.

I believe you can see them everywhere during the warm weather. Although I'm in my 60's and this is the first one I have ever seen. I saw it summer before last and have not seen one since. The fly stars life as an egg, abut one to thirty of them, laid on the stems of its host plant, the canada thistle, during the host's growing season. After hatching the larvae burrow into the stem and for a gall, or swelling. The larvae pupate in early spring then the fly goes through a tunned formed in the gall during june to October.

It was introduced to north America from europe to control the population of its host plant, Canada, or creeping thistle, which is an invasive, indtroduced weed in North America.