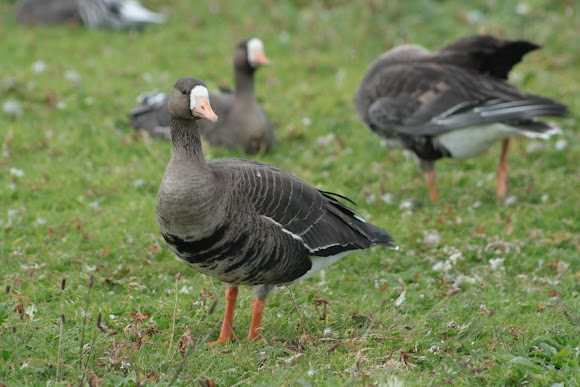 Medium-sized grey goose, with orange legs, a long orange-yellow bill with a prominent blaze around the base of the bill (adults). Scarce winter visitor to wetlands in Wexford and western Ireland from October to April. Amber-listed in Ireland as the majority of the population winter at less than ten sites. The European population of White-fronted Goose (Anser albifrons) has been evaluated as Secure.

Breeds on lowland tundra, often by lakes and rivers. Nests are widely scattered, though loose colonies may be formed.