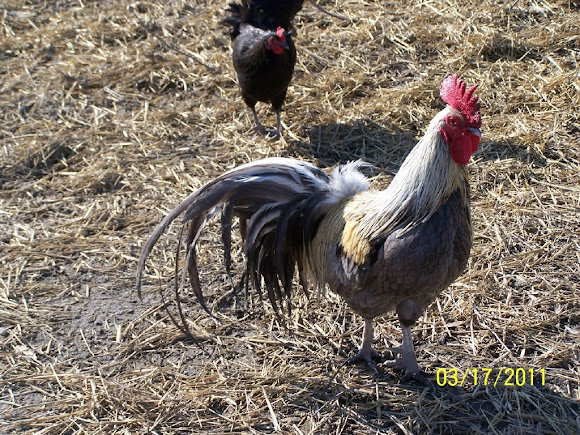 Steely blue, black or splash. Head, hackle, cape and saddle can be in shades of yellow or orange.

The history of the breed, which goes all the way back to the Revolutionary War regiment from Delaware and its captain, Jonathan Caldwell. Captain Caldwell was a breeder of game cocks, and he claimed that his prize fighting roosters all descended from the same blue hen. In the War for Independence, Caldwell’s troops were likewise renown for their bravery and excellence in battle, and as part of Colonel John Haslet’s regiment, they were nicknamed “the Blue Hen’s Chickens” after the ferocious fighting game cocks bred by Caldwell. The Blue Hen Chicken is also the State Bird of Delaware.

I like the History report and Your Blue Hen!