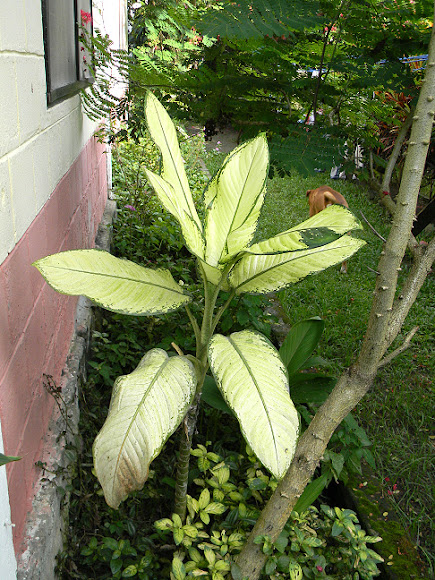 "Dieffenbachia is a genus of tropical plants in the Family Araceae noted for their patterned leaves. Members of this genus are popular as houseplants because of their tolerance for shade. The common name is "dumb cane" due to its poisoning effect on the throat due to raphides. The dieffenbachia was named by Heinrich Wilhelm Schott, the director of the Botanical gardens in Vienna, to honor his head gardener Joseph Dieffenbach (1796–1863)."

Growing in a tropical garden.