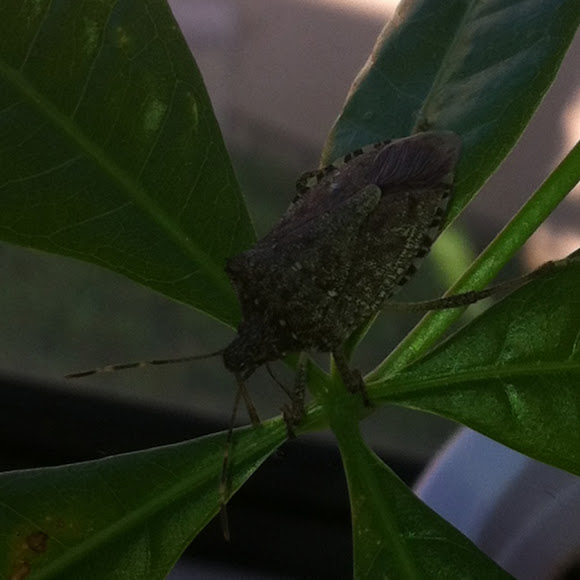 Friendly little bug wintering inside in various states of hibernation. Will become active at times and appear randomly through the house. It seems to enjoy shiny faucets, metal fixtures and mirrors. It will use its proboscis to feed on the leaves of our "money plant." I have never smelled its "stink" although its produced odor supposedly does not truly stink, but rather smell like cilantro. I wonder if it may depend on what kind of plant the bug will feed on that determines the "stink." Anyone?