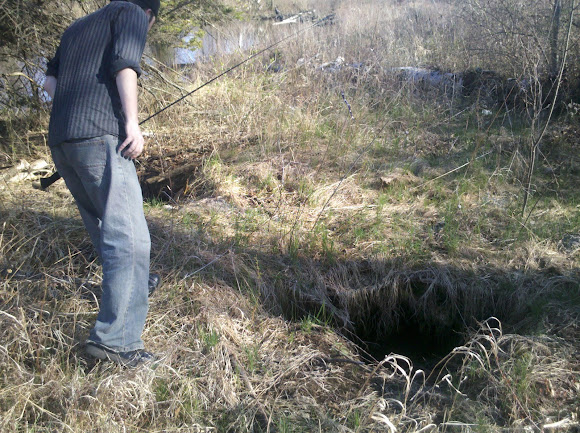 Remnants of a very old beaver house, with few sticks to signify it's existence, and a water shoot going into the small pond that we hiked far back to called Devil's Wash Basin in Rifle River Recreation area. Later possibly converted into another den by coyote. This is based on excrement around the hole that was coyote, but the holes themselves are rather large and too close to the water, so it is doubtful to have been inhabited by them unless for a very short time. It was most likely passed by. The best walking stick I ever claimed from the wilderness was from this spot. Personally made by a beaver himself at each end, perfectly shaped, very very old, and still really strong. = )