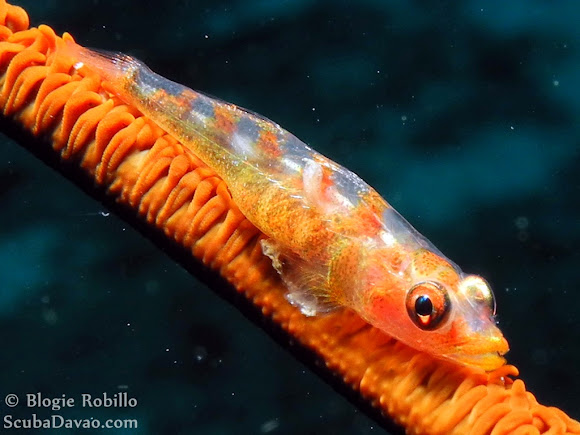 Also known as Reef Goby, Yonge's Wire Coral Goby, Sea Whip Goby, Whip Goby and Whip Coral Goby. They feed on small invertebrates and zooplankton, and grow to a length of about 4cm.

Found singly or as a male-and-female pair on the sea whip coral (Cirripathes anguina). Widespread in the Indo-Pacific region.

I photographed this goby during a day dive at a depth of about 17m or so.

Thanks, Shauming! I learned from the master. :)

Wow, thanks for the feedback, animaisfotos!!

Beautiful capture. The three photos do give a wider perspective. The first one and the last one, together, make it impossible not to love this spotting. Wonderful. Thanks for sharing.