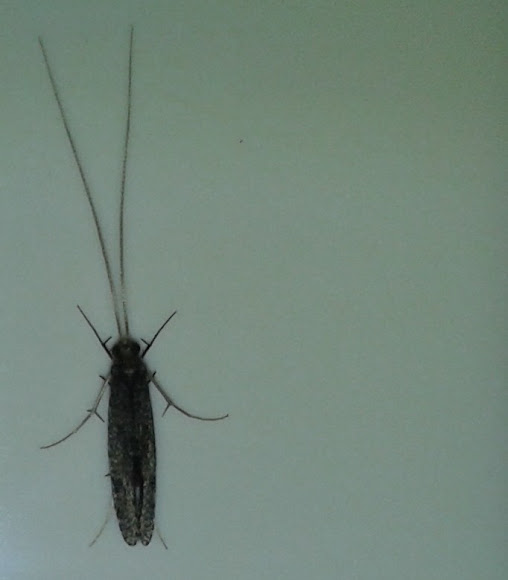 Most caddisfly larvae are underwater architects and use silk, excreted from salivary glands near their mouths, for building. Caddisflies can be divided loosely into three behavioral groups based on their use of silk: net-making caddisflies and case-making caddisflies which may enlarge their structures throughout their larval lifespan and free-living caddisflies which only make such structures prior to pupation. Net-making caddisflies usually live in running water and their nets, often made amongst aquatic vegetation, serve both as a means to catch their algae and animal food and as retreats. Case-making caddis flies may build cases exclusively of silk, but more commonly the silk holds together substrate materials such as small fragments of rock, sand, small pieces of twig or aquatic plants. Caddisfly cases are open at both ends, the larva drawing oxygenated water through the posterior end, over their gills, and out of the wider anterior end. The anterior end is usually wider and it is to this end that they add material as they grow. Their abdomens are soft but their tougher front ends project from their larval tubes allowing them to walk, dragging their cases along with them. Although caddisflies may be found in waterbodies of varying qualities, species-rich caddisfly assemblages are generally thought to indicate clean water. Together with stoneflies and mayflies, caddisflies feature importantly in bioassessment surveys of streams and other water bodies. Caddisfly species can be found in all feeding guilds in stream habitats, with some species being predators, leaf shredders, algal grazers, and collectors of particles from the watercolumn and benthos.

Clicked with macro mode on my Samsung Omnia W.

I like the first photo of your Caddisfly showing it's beautiful spiky legs.