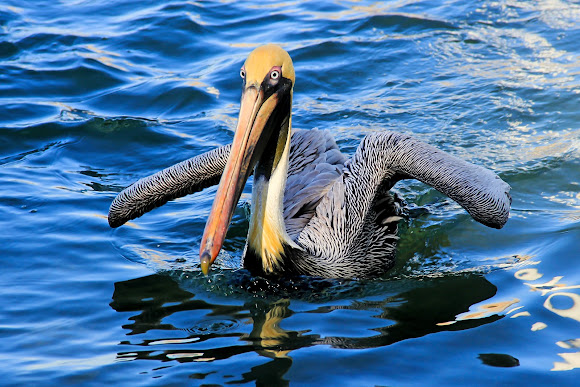 The brown pelican has a white head with a yellow crown. The neck is brown while its upper sides are white, and the lower foreneck is yellow. The male and female are similar, but the female is slightly smaller.

This brown pelican was spotted at dawn on the shores of the Caribbean Sea in Caye Caulker, Belize.