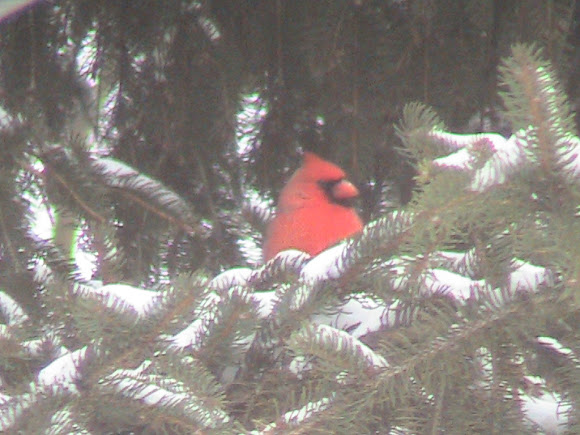 Male cardinals are bright red all over, with a reddish/orangish bill and black face immediately around the bill. Females are pale brown overall with warm reddish tinges in the wings, tail, and crest. They have the same black face and red-orange bill.

- The Northern Cardinal is Ohio's State bird. - Northern Cardinals do not migrate like most songbirds. - The male cardinal fiercely defends its breeding territory from other males. When a male sees its reflection in glass surfaces, it frequently will spend hours fighting the imaginary intruder.