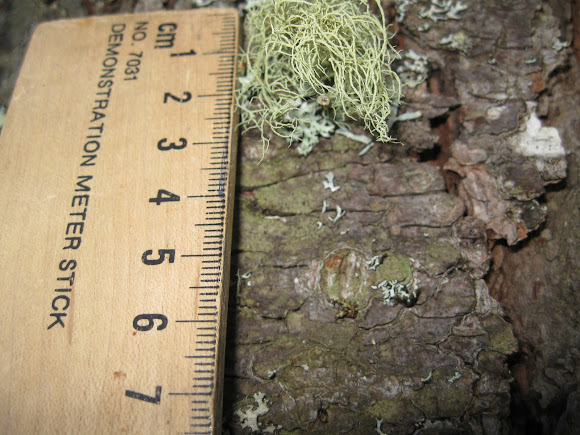 A couple weeks ago on January 19th my science class went outside to identify lichen. our group found several that we think are lichen. Most of our sightings were on the bottom of trees and on stumps. The wind outside was 20 MPH. The temperature was 0º celsius. It was sunny out and really cold outside. I think I might have identified one of my lichen pictures of miniature Spanish moss or Tillandsia usneoides. I know its that lichen because i have been on multiple websites and seen lots of photo’s.

I found the same lichen and I don't really think that it is Spanish moss lichen because I searched it, making sure my observation wasn't wrong and it didn't seem to look like it that much.

Forgot to add habitat, overall very good spotting, I don't know if it is spanish lichen because it probably lives in spain. But, I thought it you did a good job overall.