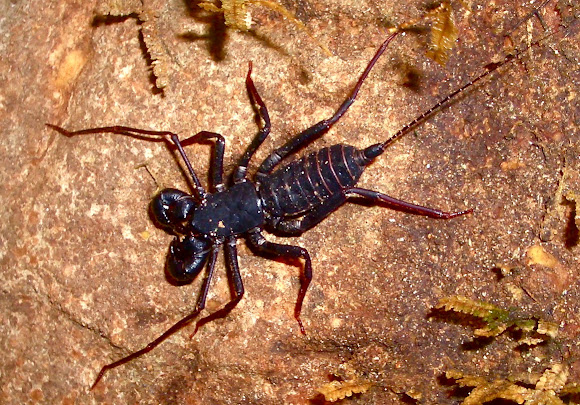 This is a type of arachnid called a whip scorpion (Arachnida: Uropygi: Thelyphonidae). The species, Mastigoproctus giganteus, is sometimes called the giant whip scorpion but is more commonly known as the vinegaroon. It is a nocturnal predator of insects and other small invertebrates, which it captures with the strong spiked pedipalps at the front of the body. The eight tiny eyes can barely see anything, but the forelegs have evolved into a pair of antenniform sensory appendages, and the long whip-like tail (the flagellum) is also a sensory tool.