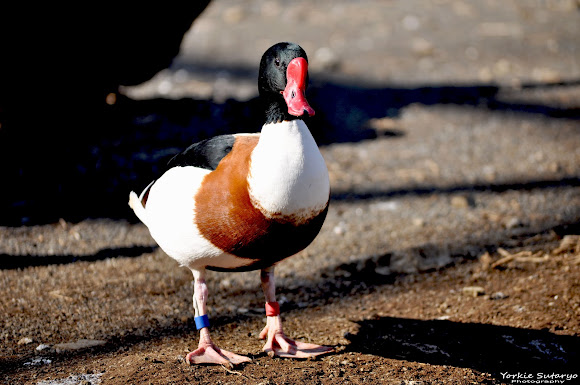 A widespread waterfowl species in Eurasia. A bird with reddish-pink bill, pink feet, a white body with chestnut patches and a black belly, and a dark green head and neck. Female and male of this species are similar in appearance except the male has a knob at its forehead. Also, female is smaller than male in size.