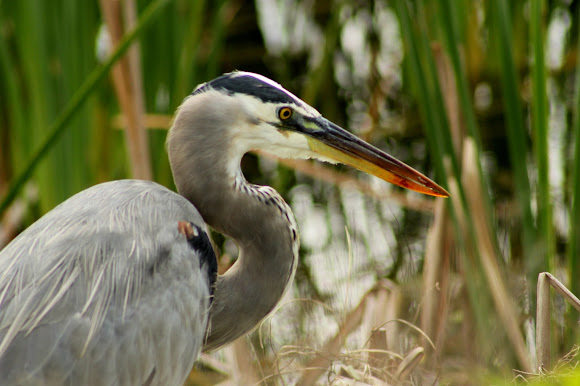 The familiar Great Blue Heron is the largest heron in North America. It is a large bird, with a slate-gray body, chestnut and black accents, and very long legs and neck. In flight, it looks enormous, with a six-foot wingspan. Adults sport a shaggy ruff at the base of their necks. A black eyebrow extends back to black plumes emerging from the head. Juveniles have a dark crown with no plumes or ruff, and a mottled neck. In flight, a Great Blue Heron typically holds its head in toward its body with its neck bent. http://birdweb.org/Birdweb/bird/great_bl...