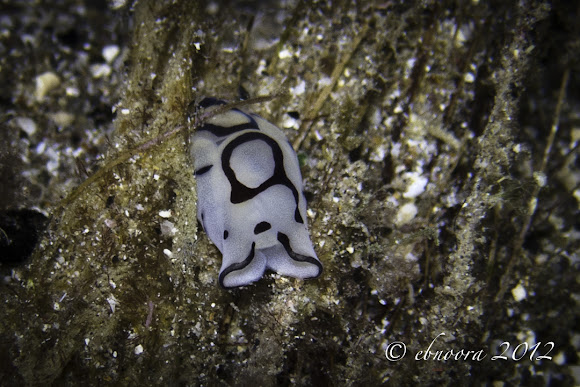 The animal is translucent white with a pattern of black reticulate lines. In some specimens the lines are relatively thin and the the head shield pattern is essentially a black figure of eight with some smaller rings and reticulations anteriorly, and similar figure of eight, often broken, is found on the posterior shield. The upper, outer edge of the parapodia has a black reticulation and the ventral part of the parapodia and the foot are colourless. The colour pattern though is very variable and tuns through to animals which could best be described as being black dorsally with white spots. Source : - http://www.seaslugforum.net/find/philpil...

Night Dive. Depth of about 5m.