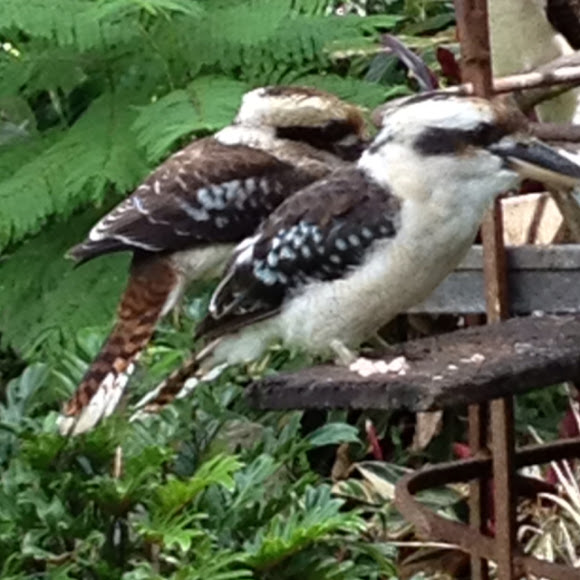 Generally not closely associated with water, and can be found in habitats ranging from humid forest to arid savanna, but also in suburban and residential areas near running water and where food can be found easily.

Kookaburras are carnivorous. They eat lizards, snakes, insects, mice and other small birds and raw meat. They sing to mark their territory as they are territorial. The kookaburra was one of the three mascots chosen for the 2000 summer Olympics in Sydney.