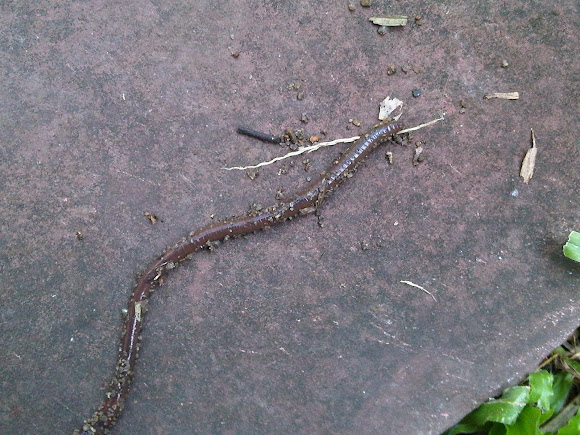 5Earthworm is the common name for the largest members of Oligochaeta (which is either a class or subclass depending on the author) in the phylum Annelida. In classical systems they were placed in the order Opisthopora, on the basis of the male pores opening posterior to the female pores, even though the internal male segments are anterior to the female. Theoretical cladistic studies have placed them instead in the suborder Lumbricina of the order Haplotaxida, but this may again soon change. Folk names for the earthworm include "dew-worm", "Rainworm", "night crawler" and "angleworm" (due to its use as fishing bait). Earthworms are also called megadriles (or big worms), as opposed to the microdriles (or small worms) in the families Tubificidae, Lumbriculidae, and Enchytraeidae, among others. The megadriles are characterized by having a distinct clitellum (which is much more obvious than the single-layered one of the microdriles) and a vascular system with true capillaries.

Moved to the Other category