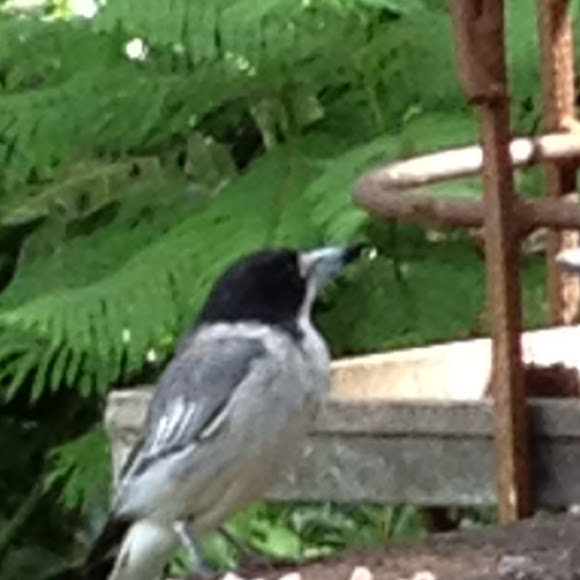 Mid-sized, most growing up to 35cm in length. Colour ranges from black and white to mostly black with added grey plumage depending on species. They have a large, straight bill with distinctive hook at the end which is used to skewer prey. Butcher birds are native to Australasia.

Woodlands are the butcherbirds natural habitat but have adapted well to urbanization and can be found in leafy suburbs throughout Australia.

They have high pitched complex songs. Female butcherbirds lay one or two eggs in a clutch. The nest is made from twigs, high up in a fork of a tree. The young will remain with their mother until almost fully grown. They tend to trail behind their mother and squeak incessantly while she catches food.