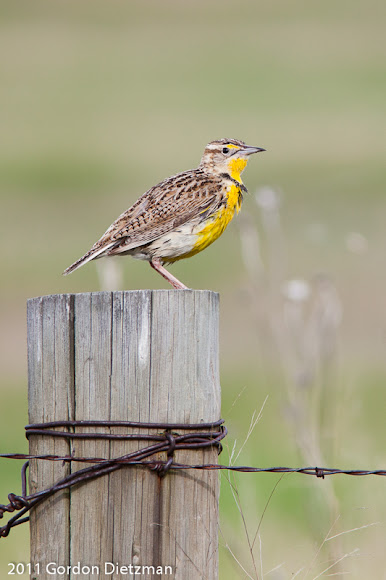 about 8.5 in (21.6 cm) long. It nests on the ground in open country in western and central North America. It feeds mostly on insects, but also seeds and berries. It has distinctive calls described as watery or flute-like, which distinguish it from the closely related Eastern Meadowlark. Adults are yellow and patterned brown and tan above. There is a black "V" bib on the breast. Flanks are whitish and streaked with black. Bills are pointed.

The range of these birds overlap with the Eastern Meadowlark, but the Western Meadowlark prefers more arid areas in the central and western part of North America.