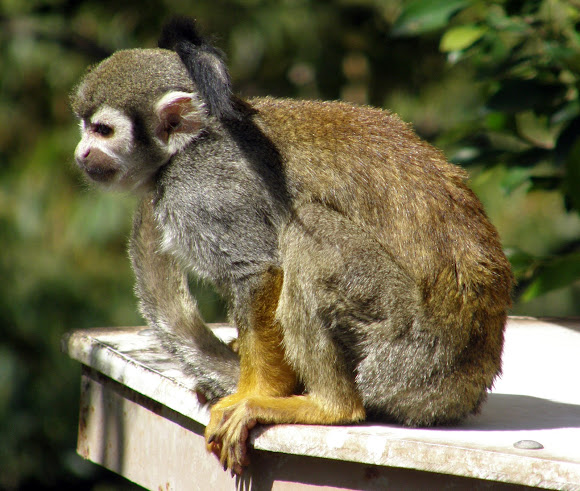 Squirrel monkey fur is short and close, colored olive at the shoulders and yellowish orange on its back and extremities. Their throat and the ears are white and their mouths are black. The upper part of their head is hairy.

Squirrel monkeys live in the tropical forests of Central and South America in the canopy layer. Most species have parapatric or allopatric ranges in the Amazon.

Very cute!
Please can you add where you saw this (zoo, wildlife park) in the notes. Thanks!