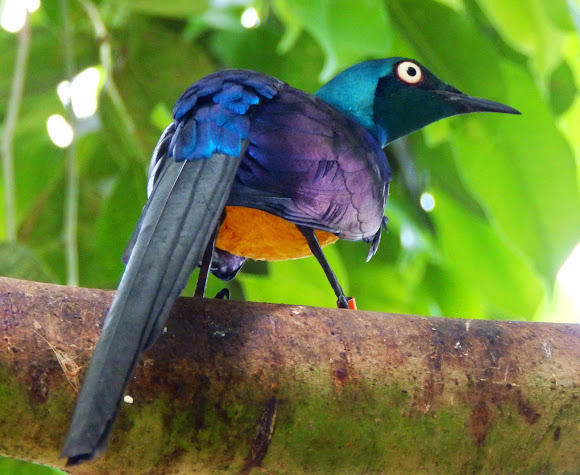 The adult has a metallic green head and upper back, bright golden yellow breast and belly, dark bill and legs, white iris and metallic violet blue on wings, back, neck and its long tail feathers. Both sexes are similar. The young are duller than the adult.

The golden-breasted starling is distributed in the grassland, savannah and shrubland of East Africa, from Somalia, Ethiopia, Kenya and northern Tanzania. Captive specimen living in Pairi Daiza, Brugelette, Belgium.

Thanks Sukanya! I hope I can ever see this species in the wild too :-)