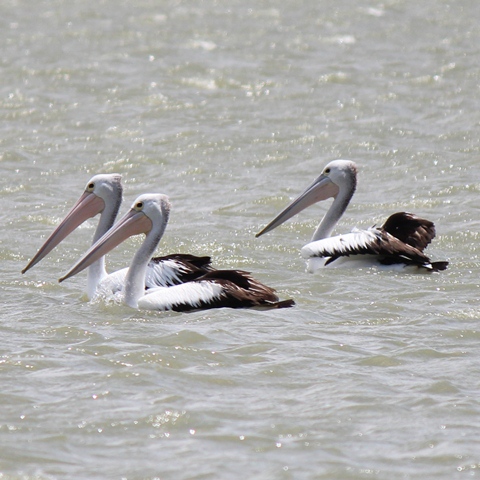 These pelicans were in the Coorong National Park near the Goolwa Barrage. Pelicans are quite large birds, with a wingspan of over 2 metres. A pelican will catch a fish in its bill and then flip the bill up so it can gulp the fish straight down its throat. (One of the most horrible things I ever saw as a child was a pelican swallow a fish that was too big for it... it managed to get the fish down in several gulps, but then it waddled into the water and sank. Traumatic to watch.)

Nice! What a story!