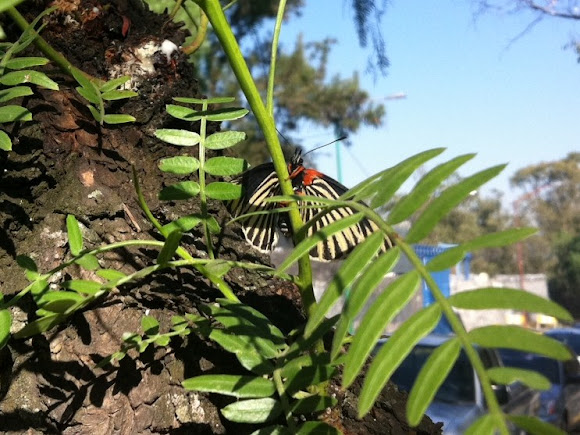 This species is found mainly in scrubby situations, including along roadsides.

My girlfriend spotted this butterfly on her morning commute and then helped it flutter off (probably to an important meeting).

Thanks for the ID, bayucca!