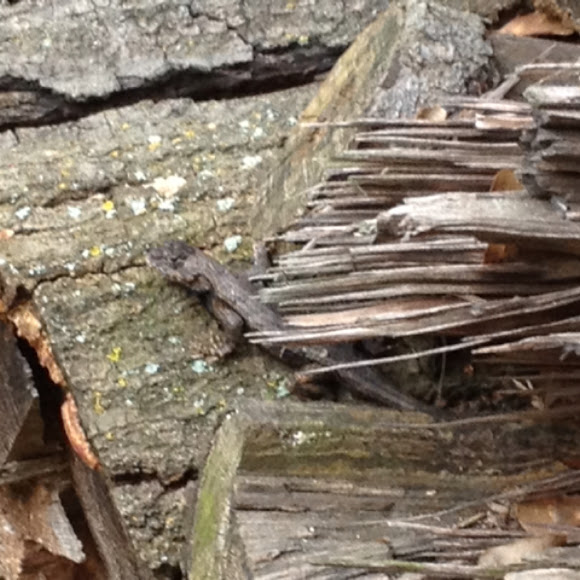 A little bigger than an anole, and seems to hold its head higher. Rough-looking. Blended in very well with the bark.