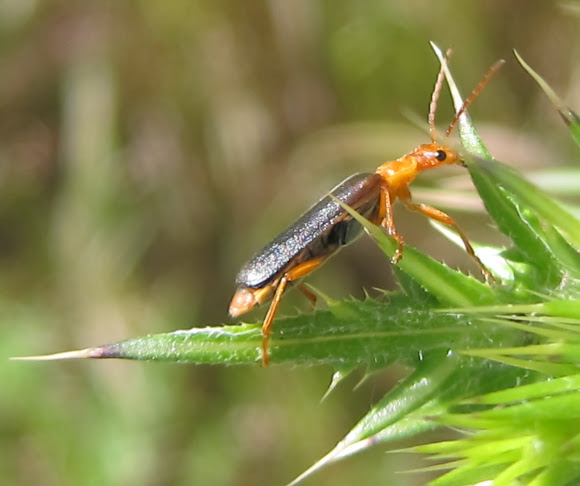 Soldier beetle hunting for aphids on a thistle plant.

The soldier beetles, Cantharidae, are relatively soft-bodied, straight-sided beetles, related to the Lampyridae or firefly family, but being unable to produce light. They are cosmopolitan in distribution. One common British species is bright red, reminding people of the red coats of soldiers, hence the common name. A secondary common name is leatherwing, obtained from the texture of the wing covers. Wikipedia