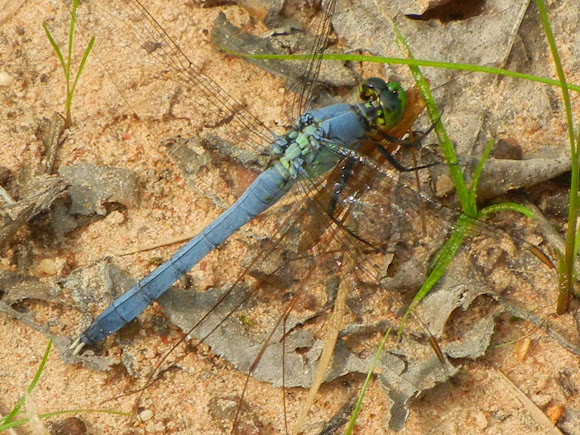 The species is distinguished in that the female is bright green and the adult male has a blue abdomen with a green face and green and blue thorax.

The Eastern Pondhawk (Erythemis simplicicollis), also known as the Common Pondhawk, is a dragonfly of the family Libellulidae, native to the eastern two-thirds of the United States and southern Ontario, Canada.

Thank you for the help, I had know idea where to start haha just started to learn to identify insects