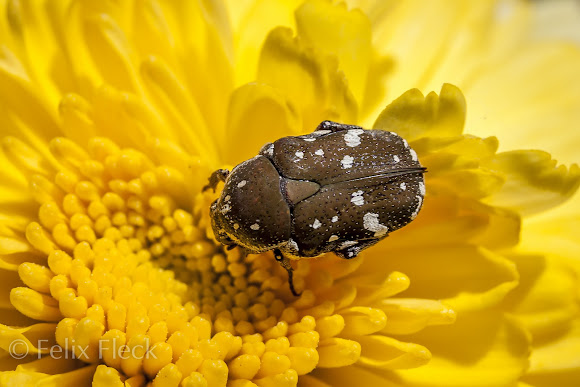 Scarab of about 2cm body length. Brown colouration with white markings and spots on thorax and elytra. Apparently this species is native to the eastern states, but has been introduced into Western Australia.

Found on ornamental flower in dry eucalypt forest of mainly Marri and Jarrah.