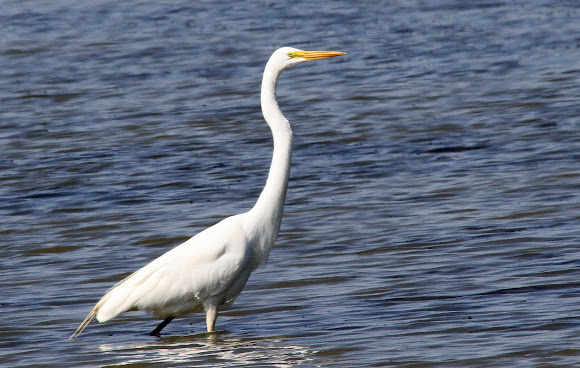 The Great Egret (Ardea alba), also known as Great White Egret, Common Egret, or Great White Heron,[2][3] is a large, widely-distributed egret. Distributed across most of the tropical and warmer temperate regions of the world, in southern Europe it is rather localized. In North America it is more widely distributed, and it is ubiquitous across the Sun Belt of the United States and in the rainforests of South America. It is sometimes confused with the Great White Heron in Florida, which is a white morph of the closely related Great Blue Heron (A. herodias). Note, however, that the name Great White Heron has occasionally been used to refer to the Great Egret.