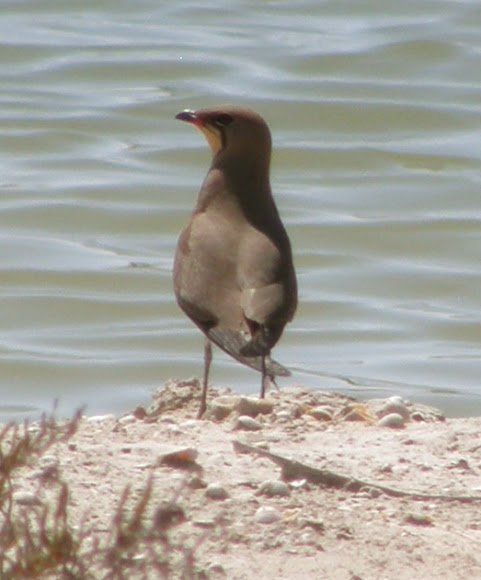 It is 24–28 centimetres long with a 60–70 centimetres wingspan. It has short legs, long pointed wings, a long forked tail, and a short bill, which is an adaptation to aerial feeding. The back and head are brown, and the wings are brown with darker flight feathers. The belly is white. The underwings are chestnut, but look dark below.

Pratincoles are unusual among waders in that they typically hunt their insect prey on the wing like swallows, although they can also feed on the ground.