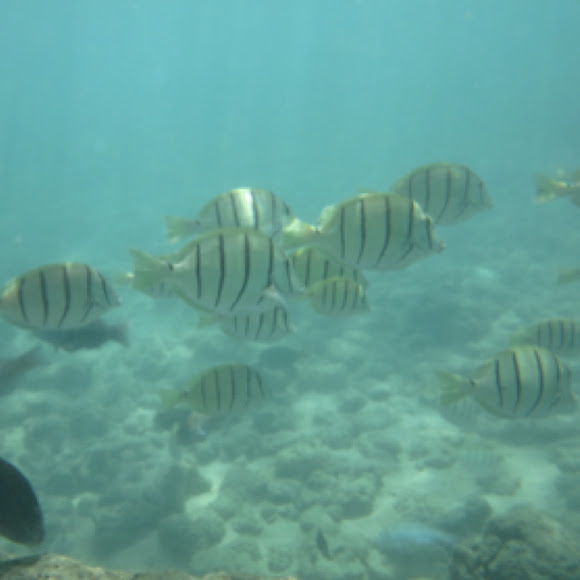 The body of this fish is a light gray/green color above and a whitish underneath. It is marked with six black, vertical bands. The first band passes through the eye, there are four on the body area, and the sixth is a very short band on the upper side of the caudal peduncle (the base of the tail area).