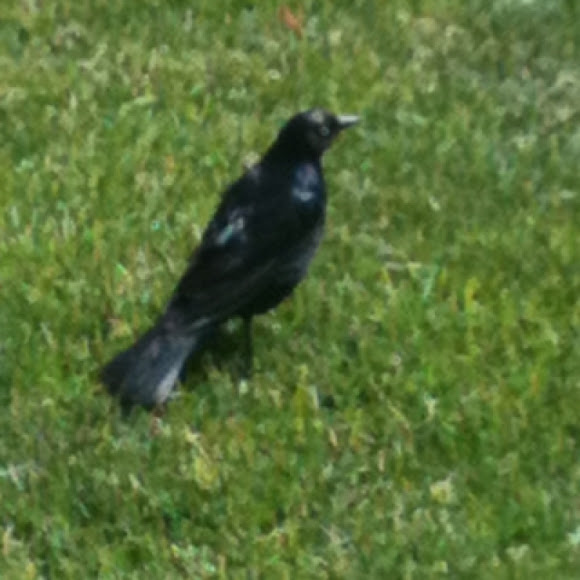 A medium sized bird to be seen in the full sun, the male Brewer’s Blackbird is a glossy, almost liquid combination of black, midnight blue, and metallic green with a staring yellow eye and a blue sheen on the head grading to greenish iridescence on the body. Females are plainer brown, darkest on the wings and tail, with a dark eye. Immature birds look like washed out, lighter-brown versions of the females. Brewer’s Blackbirds feed on open ground or underfoot in parks and busy streets. Their long legs give them a halting walk, head jerking with each step almost like a chicken’s. In flocks, Brewer’s Blackbirds rise and fall as they fly. At landing, birds may circle in a slow fluttering flight before settling.

Look for Brewer’s Blackbirds in open habitats of the West, such as coastal scrub, grasslands, riversides, meadows, as well as lawns, golf courses, parks, and city streets.

The oldest known Brewer’s Blackbird lived to be 12.5 years old.