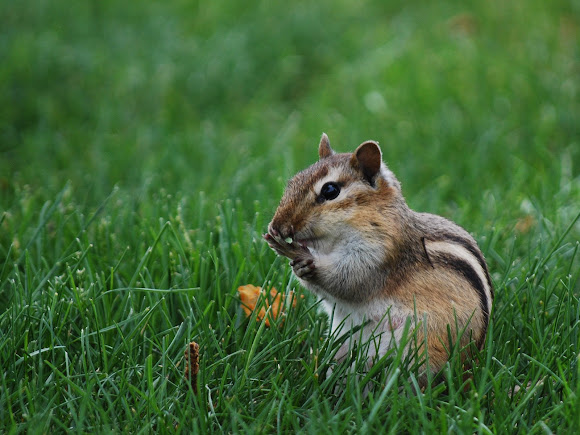 lives in open deciduous forests and at the edges of woodlands. It can also be found in bushy areas and in rocky areas like walls near houses and other buildings.

diet is made up of nuts, acorns, seeds, mushrooms, fruits, berries and corn. It also eats insects, bird eggs, snails and small mammals like young mice. In winter, it stays in its den. The eastern chipmunk doesn't truly hibernate, but it does spend a lot of time sleeping. It may wake up every few weeks to eat the food it has stored.

Nick K-Thank you so much!