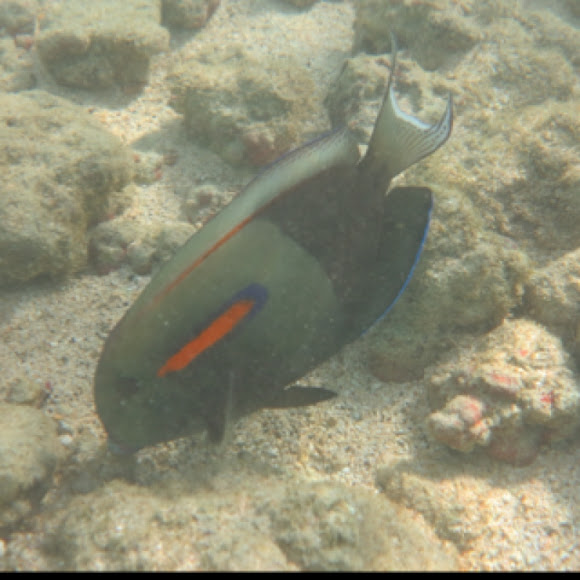 The Orangespot Surgeonfish is also known as the Orange Shoulder Tang, Orangeband Surgeonfish, and Orange-epaulette Surgeonfish. Each of these names point to the distinct and interesting feature that makes this species stand out, the bright orange horizontal band with a broad blue edge on its side. This fish is recognized by its orange spot or band, but it also goes through a fascinating color change as it matures. As a juvenile is solid yellow with just the slightest hint of blue edging the anal and dorsal fins. The adult looks quite different. The front half of a mature specimen is a light gray and the back half is a dark gray-blue, and its caudal fin becomes lyre shaped. In each case it still retains its shoulder marking, but the orange spot does becomes more brilliant with age.

Thanks for posting this. It brings back fond memories of my scuba-diving days several decades ago.